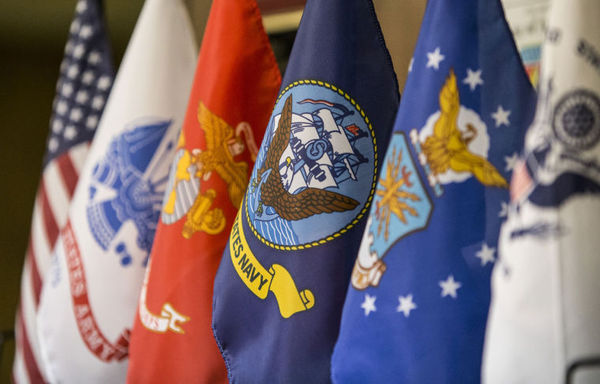 Jack grew up in Denver, CO, and studied Jazz and Commercial Music at the Lamont School of Music while attending the University of Denver. In 2012, after several years post-undergraduate running a successful business in the music industry, Jack enlisted in the United States Navy and went straight through SEAL training in Coronado, CA. He spent his entire service obligation at SEAL Team Seven, where he completed two combat deployments in the Middle East in support of Inherent Resolve and one training deployment to the Pacific. In March 2020, after 8 successful years, Jack left the Navy and moved to Indiana with his family to pursue an MBA at Notre Dame.

Jack selected the two-year MBA program at Notre Dame for its extensive alumni network and its academic prestige. Additionally, his grandfather used G.I. Bill benefits to attend Notre Dame after World War II, and Jack felt inclined to continue the Notre Dame tradition. Jack is focusing on building his financial and strategic tool set to pursue a career within a corporate finance discipline post-MBA.

Originally from Scottsbluff, NE, Aric enlisted in the Navy in February 2000. He served two years in Rota, Spain as a Navy policeman before heading to Coronado, CA to try his luck with SEAL training in 2003. In 2004, after graduating from training, he headed to his first Naval Special Warfare command, SEAL Delivery Vehicle Team Two (SDVT-2), where he completed two combat deployments. In 2008, he transferred to Naval Special Warfare Development Group (NSWDG), where he led teams in various capacities throughout seven combat deployments and simultaneously completed his undergraduate degree in Business Administration. In July 2020, he completed his tour with NSWDG and retired from the Navy.

Aric chose to attend Mendoza’s two-year MBA program because of its foundation of faith-based principles, its reputation for prestigious academics, its strong alumni network, and its long and unique relationship with the military. He intends to refine his leadership and management skills through the program and will major in supply chain operations management and strategy to prepare for a career in the private sector.

After completing his enlistment obligations in 2003, Tim enrolled in college and completed his undergraduate degree at Post University in 2007, earning a Bachelor’s in Business Administration. More recently, Tim worked in the Federal Government at the IRS as a financial planning & analysis manager GS-14. He was responsible for providing financial oversight for the IT division’s $2B budget. Tim also completed a Master of Science degree in Finance at Johns Hopkins University in the summer of 2020. Tim chose Notre Dame because of Mendoza’s MBA/MSBA dual degree program. He plans to work in corporate finance upon graduation.

Raymond is originally from Rockwood, Michigan, and joined the United States Army in December of 2007. In 2009, Raymond deployed to Iraq with the 3rd Infantry Division as an infantryman for 12 months. Upon return to the states, Raymond transferred to a sniper section and successfully graduated from the U.S. Army Sniper School. In 2012, Raymond’s sniper team integrated with Marine Special Operations Command in Afghanistan. While there, Raymond served as a sniper and infantry team leader for six months until he was critically wounded in combat. Raymond spent the next three years recovering at Walter Reed National Military Medical Center until he medically retired from the Army in 2015. While recovering, Raymond invested in a small start-up company that grew exponentially until he was bought out by an outside investment firm. After that, he decided to go to college at the University of Michigan - Flint where he majored in entrepreneurship and innovation management. Simultaneously, he started a boutique consulting and investment firm.

Raymond decided to continue his education at the University of Notre Dame because he believes in the school’s mission of “growing the good in business.” He is currently a dual-degree student pursuing an MBA, majoring in strategy and entrepreneurship, and a Masters of Science degree in Business Analytics. After graduating, Raymond intends to continue growing America’s entrepreneurial climate by investing in and consulting for small businesses.

Matt grew up on Galiano Island, Canada, and studied Business Administration at the Royal Military College of Canada, where he was a four-year Varsity Rugby player and Co-Captain of the team. Upon graduation, he joined the Royal Canadian Air Force (RCAF) as an Air Battle Manager and was posted to balmy North Bay, ON as a Weapons Controller at the Canadian Air Defense Sector (NORAD). After three years of chasing the Russians, Matt was posted to No. 51 Squadron (Operational Training) as an Instructor/Evaluator. During this time, he also had the opportunity to complete Air Support Operations Squadron (ASOS) training with the U.S. Air Force and support multiple Canadian Army exercises in the Air-Land Integration (ALI)/Tactical Air Control Party (TACP) role. Matt’s final role at No. 51 was as Squadron Standards Officer, which allowed him to chair the working group that rewrote RCAF Senior Director qualification and training guidelines. In July 2020, Matt ‘retired’ from the RCAF and moved to South Bend with his wife Tessa.

Matt chose Mendoza’s Two-Year MBA program for its strong alumni network, its community, and its active Veterans Club. Notre Dame’s alumni network played a huge role in helping him secure his banking internship in NYC for the summer of 2021. Matt is planning to pursue a career in investment banking post-Notre Dame.

Leo was born and raised in Newark, Ohio, just outside of Columbus. In 2005, he attended Ashland University for his undergraduate degree. There, he majored in International Studies, minored in Political Science and History, and was a member of the Ashbrook Center for Public Affairs. Upon graduating in 2009, Leo was accepted into Officer Candidate School (OCS) for the United States Marine Corps and spent roughly a year in training to become an infantry officer. He was then assigned to 3rd Battalion 25th Marines as a platoon commander where began his career in the reserves. His position in the reserves allowed him to concurrently develop a private-sector career where he worked as an account coordinator and on-site logistics advisor for C.H. Robinson. In his role with the Marine Corps, Leo deployed overseas twice as an advisor to partner military forces. In the Republic of Georgia, he oversaw training of the Georgian Light Infantry, and in Mexico, he oversaw the training of junior officers and counter-narcotics task forces. In 2019, Leo transferred to U.S. Marine Corps Forces South as a future operations planner for operations and exercises in South America, Central America, and the Caribbean. In 2020, he transitioned to the Individual Ready Reserve (IRR) to pursue his MBA at the University of Notre Dame.

Leo selected Mendoza’s two-year MBA program for its long-standing tradition of excellence and for its dedication to using business acumen as a force for good in the world. He is majoring in Supply Chain Logistics and Operations Management.

Joe is originally from Cincinnati, OH. He went to the University of Dayton for his undergraduate degree, majoring in History. During his sophomore- and junior-year summers, he attended Officer Candidate School (OCS) in the Platoon Leadership Course for the United States Marine Corps in Quantico, VA. After graduating from The Basic School in 2014, he trained at Fort Sill, OK at the Field Artillery Basic Officer Leaders Course. His first duty station was Camp Pendleton, CA with 1st Battalion/11th Marines. In 2015, he deployed to Australia with 1st Battalion/4th Marines as a Fire Support Officer and Fire Support Team Leader to be a part of Marine Rotational Force Darwin. In 2016, he served as a Fire Direction Officer with Alpha Battery a part of the 11th Marine Expeditionary Unit and Battalion Landing Team 1/4 deploying for WESTPAC 16-2. In early 2017, Alpha Battery was sent into Northern Syria to provide fire support for Joint Special Operations Command in support of Operation Inherent Resolve. In late 2017, he moved to Quantico, VA to be an instructor at The Basic School. There, he served as a Warfighting Instructor, a Staff Platoon Commander, and the Executive Officer.

Joe chose Notre Dame because of its strong veteran network, South Bend’s family-friendly community, the tradition of the Fighting Irish, and the school’s unique relationship with the U.S. Armed Forces. After completing his MBA, Joe will have majors in corporate finance and marketing. He plans to couple the leadership and management skills he developed in the Marine Corps with the Mendoza MBA to pursue a career in brand management.

Originally from Cincinnati, Ohio, Mike attended the U.S. Military Academy at West Point, earning both a Bachelor’s degree in Strategic Studies and his commission as an Army officer in 2012. Most recently, he served as a tank company commander with multiple deployments to Kuwait, Jordan, and Syria.

Mike choose the two-year MBA program at Mendoza for its challenging academic environment, its incredible alumni network, its veteran outreach, and for its proximity to home. His studies at Mendoza are focused on the Strategy and Marketing majors. Upon graduation, Mike will return to the Army and continue his service to the country.

Patrick was born and raised in Cincinnati, Ohio. He completed his undergraduate degree at the University of Notre Dame, where he majored in Marketing and participated in Army ROTC. In 2012, he earned his commission as a Field Artillery Officer and completed his initial training. Patrick’s first assignment was with the 3rd Infantry Division at Fort Stewart, GA, where he served as a Fire Direction Officer, Fire Support Officer, and Battery Executive Officer. In 2017, Patrick transitioned to Fort Sill, OK and served as a Gunnery Instructor at the U.S. Army Field Artillery School, where he trained new officers preparing to join the operating force.

Patrick chose Notre Dame for fact that the University’s values aligned closely with his own, and for Notre Dame’s extensive and supportive alumni network. He intends to use what he learns in the MBA program to help channel his military experience into a new career in brand management.